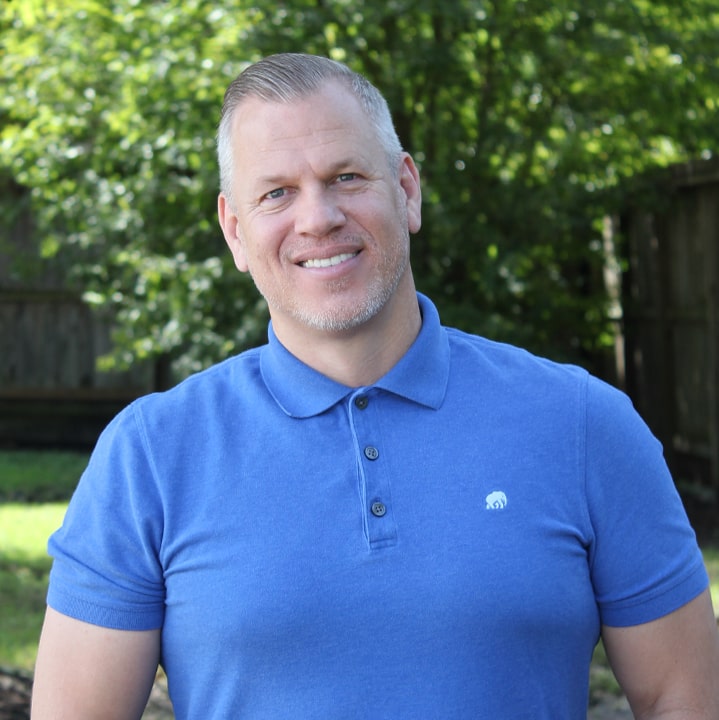 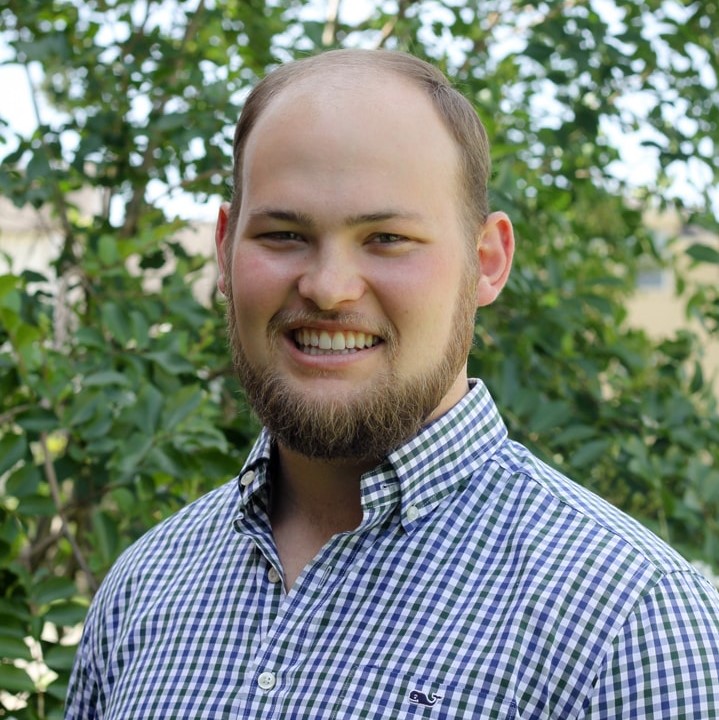 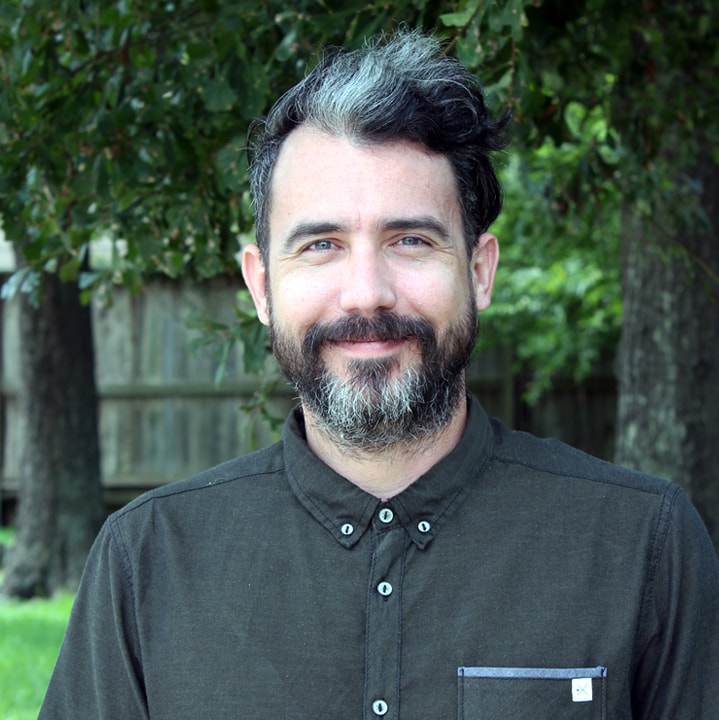 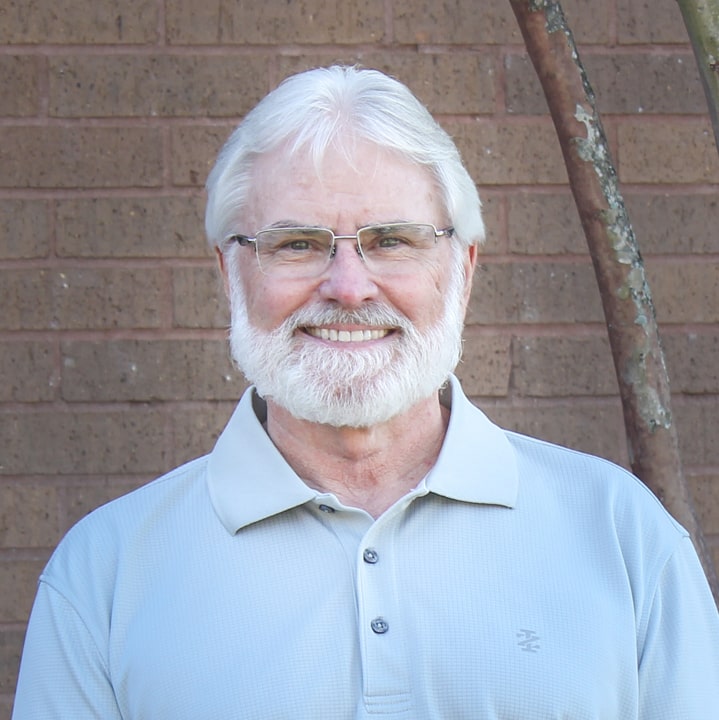 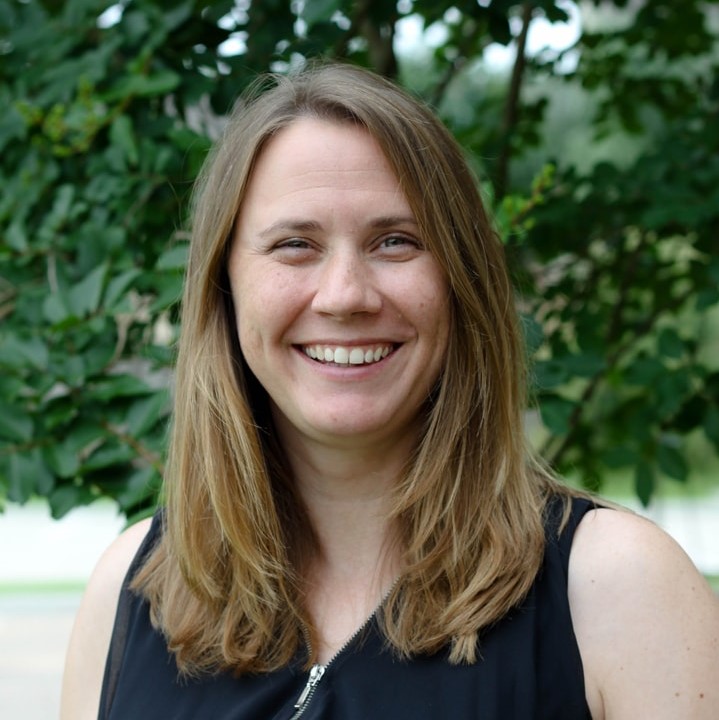 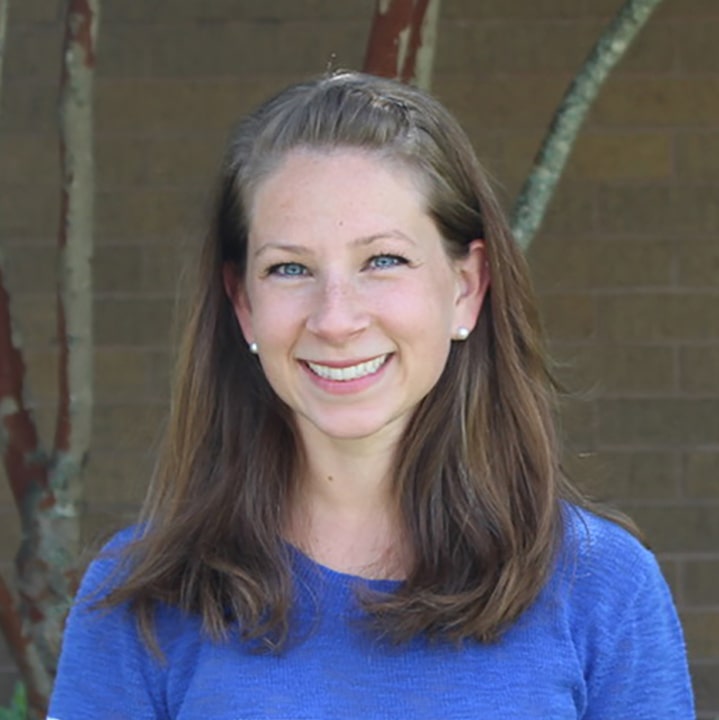 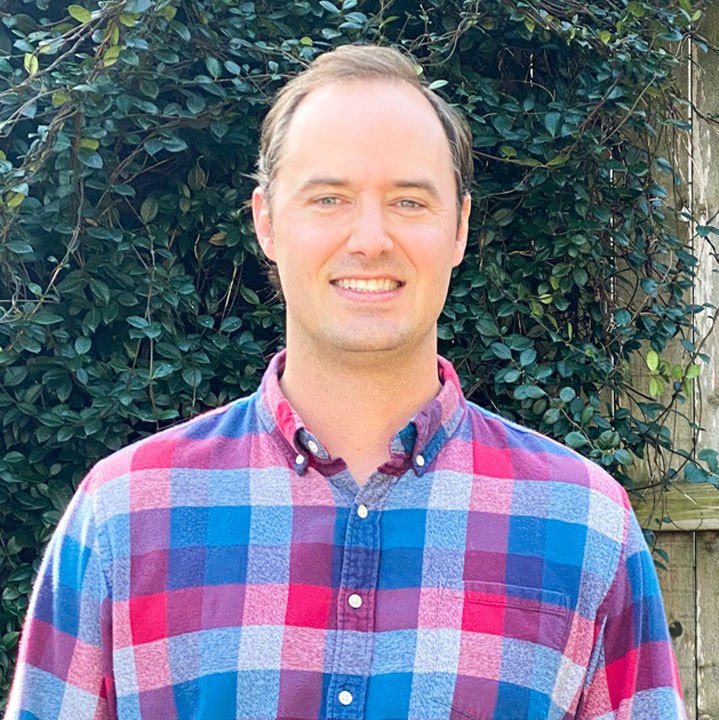 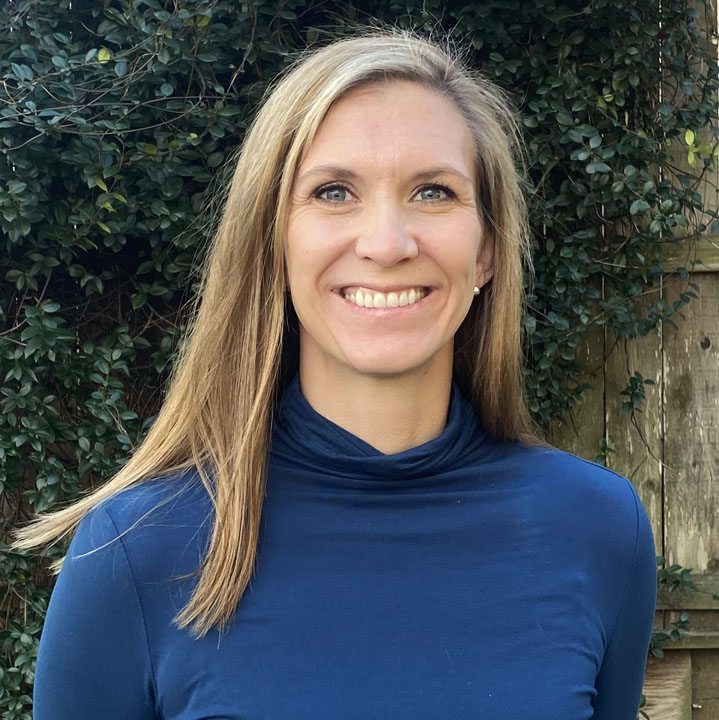 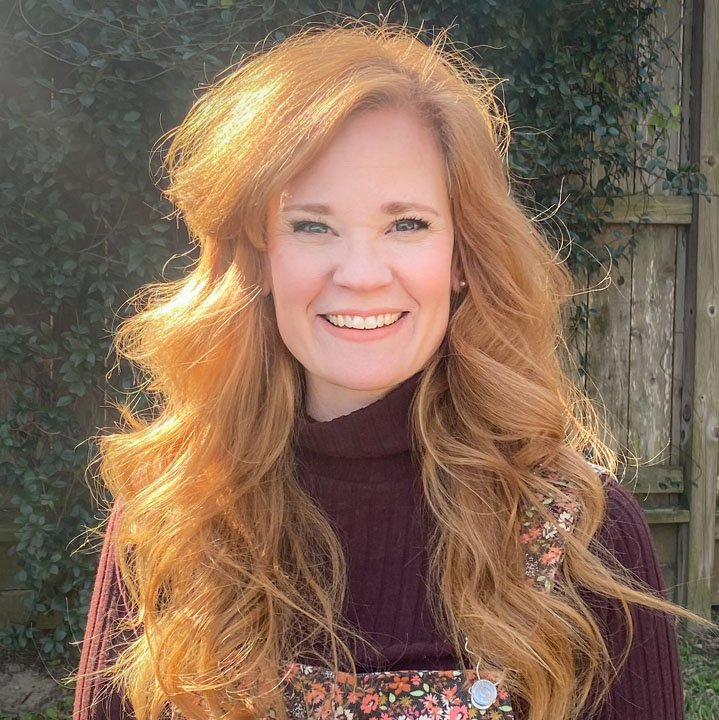 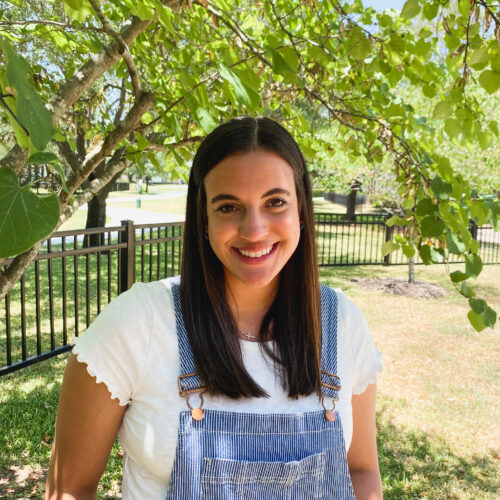 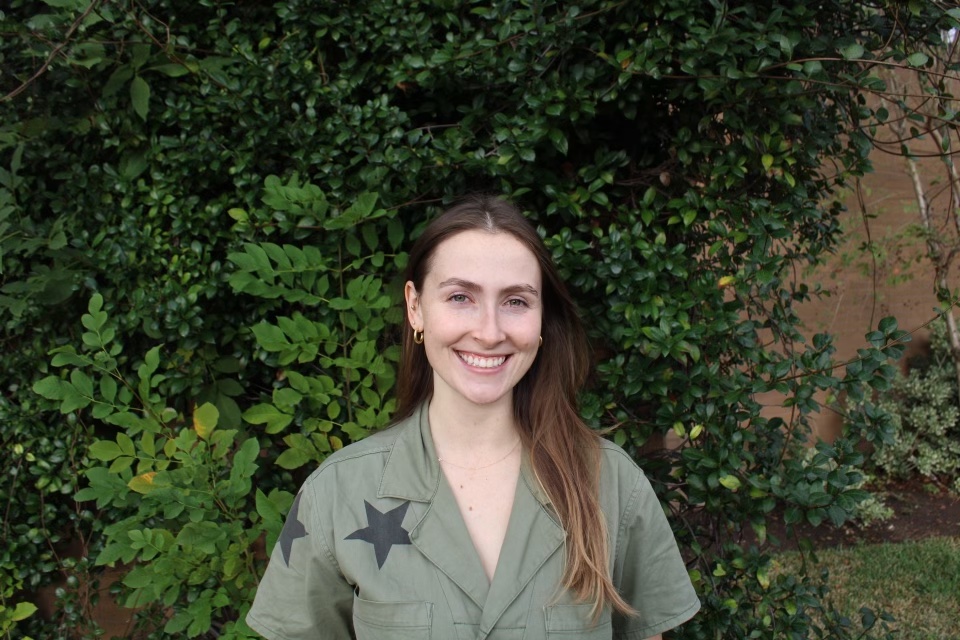 David was adopted from Seattle, grew up in Port Orchard, and went to school in South Kitsap High. When he was 21, he moved to Los Angeles and started working as an accounting and financial recruiter  where he climbed the ladder eventually becoming a partner with another company.

From the age of 15, David was an Atheist and it wasn’t until after marrying his wife, Grace, that David became a Christian. It was while living in San Diego that his faith grew, he began serving at his local church, and sensed a calling to vocational ministry. David, Grace, & their two children (Michael & Madison) spent 10 years planting churches in California and serving as a Board Member for the Acts 29 Network as well as Acts 29 International before moving to Seattle in 2011 where David was lead pastor of Mars Hill West Seattle (later to become Trinity West Seattle). The Fairchilds served faithfully in Seattle until the Fall of 2019 when they responded to C3Houston’s need for a lead pastor.

Todd grew up in Fort Worth playing many different sports and thriving within a Christ-centered family of 5. Todd attended Westmont College in Santa Barbara, California for two years, studying Theology, Liberal Arts, and playing on the Varsity tennis team. Transferring to the University of Texas in Austin, Todd graduated with degrees in Psychology and Sociology.

After an internship at Kanakuk Kamps in Branson, Missouri, he took a position as Staff & Area Director for a discipleship youth ministry called K-Life in Dallas, serving there for six years. Pursing his love for Christian music, he spent a year in Franklin, TN both writing and singing on several albums, as well as working with Interl’inc as the Tour Coordinator with music artists such as Audio Adrenaline & DC Talk. For the next 15 years, Todd was a Director at Kanakuk Kamps where he met and married his wife, Bronwyn, and who now have 6 children.

Richmond joined our team in June of 2016 to lead the student ministry. After 6 years, he has stepped into the role of Executive Director. He primarily serves our church by providing administrative leadership to our staff, stewarding our resources, and executing our vision. His prayer for C3 is that we would be a church that reaches the lost and shares the love of Jesus with West Houston and the world–where every person is living out the missional call on their life to love their neighbor and make disciples.

Richmond grew up in Austin, TX and graduated from Texas A&M in 2014. Shortly after graduating, he married the love of his life, McKinzie, and they welcomed their daughter, Hadley, into the world in 2021. Also in 2021, Richmond completed a Master’s of Theology (Th.M) from Dallas Theological Seminary. In his free time, he’s usually making BBQ, working out, or hanging out in coffee shops around Houston.

Brad Morello starting serving as the Interim Minister at C3 in August of 2019 and as the Director of Counseling and Community Groups in February of 2020. His responsibilities include overseeing the counseling, community group and missions ministries, with occasional preaching and teaching opportunities. Brad has a passion for the local church to grow in godliness and to effectively participate in the Great Commission in Houston and around the world.
Brad became a Christian here in Houston during high school through the ministry of Young Life. He quickly developed a passion to know Christ and to make Him known. His love for God and His Word can be traced back to the ministries of men like John MacArthur, John Piper, Charles Spurgeon, and others who championed expository preaching and the Glory of God as the end of all our pursuits. Brad holds a Ph.D. in Missions and New Testament from The Southern Baptist Theological Seminary, where he currently serves as an adjunct professor of Christian Missions. Before serving at C3, his family served as missionaries in East Asia for 11 years.
Brad is quick to admit that he married well above himself! He and Amy have been partners in ministry for the past 20 years and have three teenage children: Savannah, Peter, and Alex. They have all committed themselves to the Lord and are also learning how to be and make disciples. They truly bring untold joy to their parent’s lives daily.

Tyler, born in Fort Worth, grew up in Memphis, Tennessee under the leadership of Dr. Adrian Rogers (Bellevue Baptist Church). There, he began leading worship in 7th grade with his first band, Inner Circle. Having led in over 40 states and multiple countries, he had developed a love to teach the Word and the character of God through music and creativity. In his free time, you’ll find him in the shop working with leather, wood and steel.

He is joined on stage by his wife of 17 years, Leslianne. They joined a church plant in Breckenridge, Colorado, then served at Second Baptist Church (Houston) for 12 years. They have three kids, Aevyn, Stone, and Banner.

Brooke is from Sherman, Texas, north of Dallas and a graduate from the University of North Texas with an Elementary Education Degree. She has used this degree in teaching 5th graders as well as serving her church to help the kids program at Fellowship Bible Church in Jonesboro, AR for 4 years before stepping down due to having her own kids. She wants all of our kids to hear the gospel weekly through the teaching they will receive at C3.

Brooke met the love of her life Michael through College Life Ministries at Denton Bible Church in Denton, TX. They have been married since 2000 and have been blessed with two beautiful daughters: Emery and Landry and a very handsome son, Jameson.

Erin grew up in Houston, Texas, where she was blessed to grow up in the church and a Christ-centered family. She came to know Jesus at a young age but really grew in her relationship with the Lord in college. Erin is passionate about serving the church body and helping out in any way she can!

Erin graduated Texas A&M University (whoop!) with an Education degree. She taught 7th and 8th grade English in Katy for four years before being forced to leave the great state of Texas for Southern California where she tutored 5th-8th graders. By the grace of God, she returned to Texas in 2016.

Erin met her wonderful husband, Brian, in 2010 at church. They were married the following year. They have two great kids, Hadley Grace and James David. When not on duty, she enjoys running, cooking and being with family and friends.

Chris Colasono, a sinner saved by grace and redeemed by the blood of Jesus Christ, passionately serves C3 as the Property Manager. His focus is to ensure that the facility is well maintained and ready to serve the leadership and the body of Christ at all times.

Chris is married to Diana and has three children, all grown up! Chris grew up in a military family and moved all around the states before settling in Orlando,
FL. The last 42 years Chris has been in the Horticulture industry working in Texas, California, Oregon, Washington and now back home in Texas. His background in managing businesses, leading people plus attention to details makes this position perfect for his semi-retirement years.

Clark came to C3 as the Student Minister in January of 2022.  Prior to joining the team, Clark served as the Middle School Pastor and Interim Youth Pastor at another local church in Houston for 2.5 years.  Clark is passionate about seeing teenagers discover the Lord’s purpose for their lives by committing to and walking with Christ.
Clark is a Houston native and graduated from TCU in 2007 with a degree in Political Science and Business.  Clark pursued a business career out of college, and discovered a renewed passion for his walk with the Lord through the ministries of a local church in Houston in 2011.  He met his wonderful wife-to-be, Megan, in 2014 and they were married a year later.  Clark spent twelve years in the energy and beverage distribution industries combined, and he earned his MBA from Rice University in 2016. After feeling pulled towards vocational ministry for several years, Clark enrolled in seminary and began his first full time ministry role in the Fall of 2019.  Clark and Megan have three young children – Emma, Ava Grace, and Camden.

Marissa may not be from Texas, but Houston is one of her most favorite places to live.  She had the joy and privilege of growing up and living in various cities and states around the country, including Michigan, Illinois, California and Texas.  She has been in Houston since 2009, where she met her husband, Daniel, and they’ve been married since 2010.

Marissa studied speech pathology and audiology in undergrad at Western Michigan University and received her doctorate in audiology from the University of Texas at Dallas.  She worked as a pediatric audiologist, a cochlear implant specialist, an adjunct university faculty and helped rebuild an audiology clinic to serve the underserved population in southeast Houston.  Then God called her to focus her time and talents at home with her kids.

Marissa and her husband Daniel have four children, Jonah, Simon, Grace and Elijah, and enjoy their partial homeschool lifestyle, which gives them the opportunity to be involved in their neighborhood and their school community.  She was excited to join the C3 staff as a part-time administrative assistant in November 2021.

Leslianne grew up in Memphis, TN.  At at young age the Lord drew her heart, and she came to know Him personally. Music has always been a large part of her life. She  attended Mississippi College for music performance. Since college Leslianne has held various jobs. She taught music at a private school in Dillon, CO and was the children’s music director at Second Baptist Church, South Campus. She also worked for a while in a christian bookstore as their buyer and decorator. This job grew her love for aesthetics and beautiful spaces that draw people to Jesus by reflecting His nature. Leslianne is a self proclaimed “church kid” and is most happy when gathering with God’s people with coffee and cute pillows.

“Love the Lord your God, and love your neighbor, too, by making worlds and works of beauty that blanket the earth like flowers… Remember that it is in the fellowship of saints, of friends and family, that your gift will grow best, and will find its best expression.” Andrew Peterson

Leslianne and her husband, Tyler, are childhood sweethearts and have been married since 2003.  They have been partners in ministry for over two decades. They have three kids: Aevyn, Stone, and Banner.

Anna Jo was born and raised in Houston, Texas and studied Theology and Biblical Counseling at College of Biblical Studies here in Houston. She loves Houston, bike rides, coffee, a good book, chats, an event, and all things Audrey Hepburn and The Chronicles of Narnia. She fell in love with the church at a young age and knew she always wanted to be in ministry. Anna Jo married the love of her life in 2017 and together they have 2 boys. She serves here at C3 as a Biblical Counselor as well as runs our Communications. 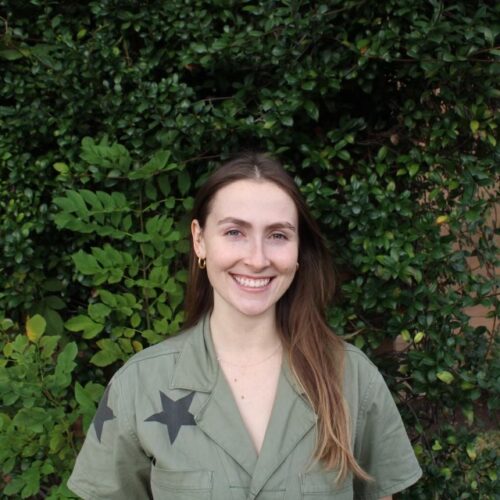 Rachel is from Michigan and unashamedly prefers the Houston winters. Rachel graduated from Michigan State University with a bachelors in Supply Chain Management. During those college years she was also saved, exposed to full-time ministry, and met the love of her life! Before joining C3, Rachel spent time in the Oil and Gas Industry working on various procurement projects. She has a passion for women and discipleship and is grateful to be able to work in ministry full time.

Our Partners
Giving Strategy
Our Beliefs
Our Staff
Contact Us