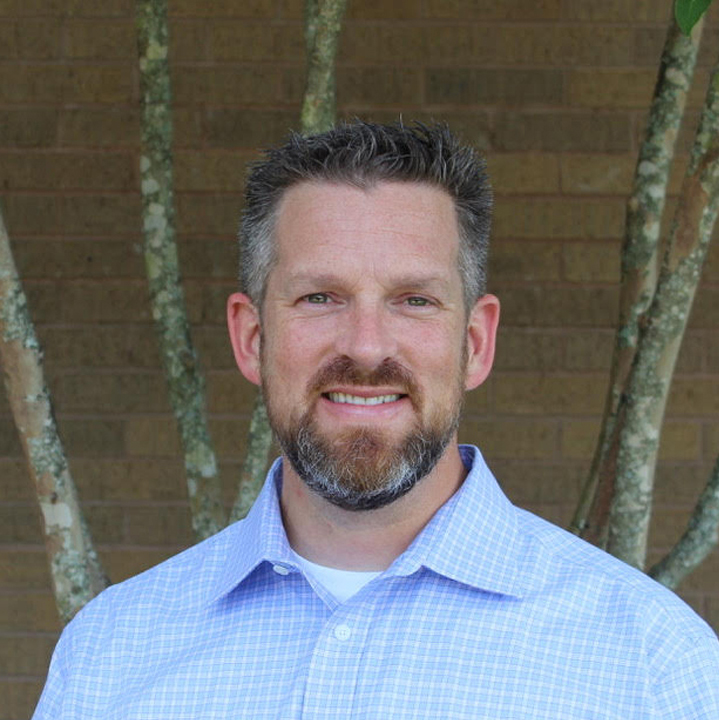 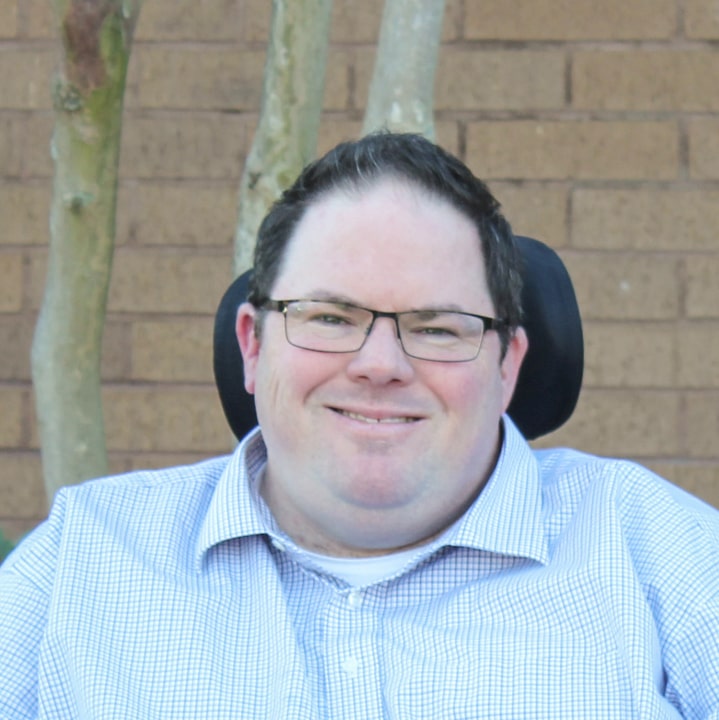 David was adopted from Seattle, grew up in Port Orchard, and went to school in South Kitsap High. When he was 21, he moved to Los Angeles and started working as an accounting and financial recruiter  where he climbed the latter eventually becoming a partner with another company.

From the age of 15, David was an Atheist and it wasn’t until after marrying his wife, Grace, that David became a Christian. It was while living in San Diego that his faith grew, he began serving at his local church, and sensed a calling to vocational ministry. David, Grace, & their two children (Michael & Madison) spent 10 years planting churches in California and serving as a Board Member for the Acts 29 Network as well as Acts 29 International before moving to Seattle in 2011 where David was lead pastor of Mars Hill West Seattle (later to become Trinity West Seattle). The Fairchilds served faithfully in Seattle until the Fall of 2019 when they responded to C3Houston’s need for a lead pastor.

Todd grew up in Fort Worth playing many different sports and thriving within a Christ-centered family of 5. Todd attended Westmont College in Santa Barbara, California for two years, studying Theology, Liberal Arts, and playing on the Varsity tennis team. Transferring to the University of Texas in Austin, Todd graduated with degrees in Psychology and Sociology.
After an internship at Kanakuk Kamps in Branson, Missouri, he took a position as Staff & Area Director for a discipleship youth ministry called K-Life in Dallas, serving there for six years. Pursing his love for Christian music, he spent a year in Franklin, TN both writing and singing on several albums, as well as working with Interl’inc as the Tour Coordinator with music artists such as Audio Adrenaline & DC Talk. For the next 15 years, Todd was a Director at Kanakuk Kamps where he met and married his wife, Bronwyn, and who now have 6 children.

Brad Morello starting serving as the Interim Minister at C3 in August of 2019 and as the Director of Counseling and Community Groups in February of 2020. His responsibilities include overseeing the counseling, community group and missions ministries, with occasional preaching and teaching opportunities. Brad has a passion for the local church to grow in godliness and to effectively participate in the Great Commission in Houston and around the world.
Brad became a Christian here in Houston during high school through the ministry of Young Life. He quickly developed a passion to know Christ and to make Him known. His love for God and His Word can be traced back to the ministries of men like John MacArthur, John Piper, Charles Spurgeon, and others who championed expository preaching and the Glory of God as the end of all our pursuits. Brad holds a Ph.D. in Missions and New Testament from The Southern Baptist Theological Seminary, where he currently serves as an adjunct professor of Christian Missions. Before serving at C3, his family served as missionaries in East Asia for 11 years.
Brad is quick to admit that he married well above himself! He and Amy have been partners in ministry for the past 20 years and have three teenage children: Savannah, Peter, and Alex. They have all committed themselves to the Lord and are also learning how to be and make disciples. They truly bring untold joy to their parent’s lives daily.

Michael Roberts was born in Dallas and raised in San Antonio. After attending church on and off with his family, Michael began Young Life in high school. He heard the Gospel clearly taught at a Young Life camp in Colorado his sophomore year of high school. During that trip, he placed his faith in Christ, thus beginning a process by which God would lead faithful men in his life to train and disciple him in God’s word.

Michael learned how to study God’s word and developed a love for the Church during his time at the University of North Texas in Denton. College brought his now-wife Brooke into his life. God allowed them to participate in various ministries during their 4 years of dating, including Back Yard Bi- ble club for inner city kids, and CollegeLife. While at UNT Denton, Michael felt a strong desire to go into full-time ministry. Shortly after graduation, he completed a 9 month Bible program, married his bride, Brooke, and accepted a job as a Student Pastor in Jonesboro, Arkansas.

Lary Lumpkin was born and raised in Pasadena, Texas. Although he was actively involved in church and youth group, he did not come to a saving faith until his sophomore year at Texas A&M University. Throughout the rest of his college years, the Lord used Grace Bible Church in College Station as well as various campus ministries to deepen Lary’s faith.

During his senior year at Texas A&M, Lary met his wife Erin while they were neighbors in an apartment complex. They acknowledge the Lord’s providence in bringing them together just two months before Erin would graduate and return to the Dallas area. Lary graduated at the end of 2000 with a degree in Chemical Engineering and returned to Houston to begin working as a Process Engineer in January 2001. He and Erin married later that year. Lary started graduate school in 2003 and earned his MBA (Finance) from Rice University in 2005. Since then, he has worked in    various aspects of business development, finance, and accounting, and he has been with an oil & gas equipment and services company for over 10 years.

During his last semester at Rice, Lary and Erin welcomed their first child, Abby. Twenty-two months later in December 2006, they welcomed their son, Caleb. Last, but certainly not least, the Lord blessed them with Alissa in November 2010. Lary is continually grateful for the Lord’s provision and sustaining power in all aspects of life, but especially as he and Erin face the daily challenges related to his muscular dystrophy. He clings to 2 Corinthians 4:16-18.

The Lumpkins have been part of C3 from its inception and are actively  involved in community group and previously in Awana and Women’s    Ministry. They are deeply thankful for the faithful teaching and community found within C3, as they serve and are served by fellow members of the body. Lary is humbled and honored to serve as Treasurer for C3.

Brandon Stratton and his wife, Michelle, have been members of C3Houston for eight years. They have been married for 10 years and have three children: Elise (six), Nora (four), and Grant (three). Brandon works in Information Technology for the University of Houston.

Brandon was born in San Diego and raised outside Seattle until age nine, then moved to the Woodlands—as he likes to say, he “got to Texas as fast as he could.” He rarely attended church, but considered himself a Christian because he wasn’t Jewish, Muslim, or anything else. While Brandon was in college at the University of Houston, his believing uncle invited him to his bible study class at Second Baptist. Brandon attended Second for two years, intellectually intrigued by the Christian faith but still living his sinful lifestyle. Then—boom—God saved him. During a Sunday service, it became crystal clear that he didn’t need to intellectually assent to and master every point of Christian doctrine and philosophy. He needed to repent of his sin and believe the Gospel of Jesus Christ. He did, and God in His grace immediately removed many of Brandon’s old sinful desires and gave him a hunger to know God.

Shortly thereafter, Brandon met and married Michelle, and they moved to the Washington, D.C. area. They joined Capitol Hill Baptist Church (CHBC), which God used to absolutely transform their understanding of the sovereignty of God, the beauty and centrality of Christ in scripture, and the importance of the local church. God also used CHBC to bring them to C3; the Strattons met C3’s founding pastors through a pastors’ conference at CHBC.

Since joining C3, Brandon has served in C3Kids, Men’s Ministry, and as a Community Group leader and host. Brandon is particularly passionate about one-on-one discipleship; he meets regularly with men who want to grow as Christ followers by walking through the Bible or helpful books. Brandon also takes seriously the responsibility to shepherd his family. He leads the family (and any C3 family who happen to be visiting!) in “Bible Time” most nights, a simple practice of bible reading, singing, prayer, and catechism. Brandon and Michelle’s most earnest desire is that God would save their children, bringing a great harvest from the slow and steady seeds of Bible Time.

Adam Perry and his wife, Lauren, have been members at C3 since its beginnings in 2012.  They visited two weeks after they were married and have not left! Adam and Lauren have been richly blessed by the ministry of C3 in countless ways.  They have four precious kids, Madison, Oliver, Teddy, & Evelyn.  Adam and Lauren have been involved in the life of the C3 Body in various ways throughout the years including children’s, men’s and women’s ministries and community group.  Adam and Lauren dearly love their community group in West Katy which they have hosted and been a part of leadership for 7 years now.  Praise God!

Adam has been a Houstonian since he was three.  He was raised by a faithful Mom and Dad who shared the Gospel with him and his three sisters and brother at an early age.  Adam confessed his sinfulness and need for rescue by Jesus at a young age (6), but it was not until his first year of college where the Lord graciously allowed Adam to taste the bitter fruit of his idolatry of success, family, independence, approval, and many others. Jesus became a sweet and steady assurance for Adam’s soul.  The college years were transitional ones for Adam who had spent most of his first 20 years playing sports of all kinds.  After two years of playing college baseball at Sam Houston State he transferred to Texas A&M to finish in engineering. More significantly during that season of life the Lord compelled a deepening appetite for His Word and what it meant to live for Him…and…he met his wife, Lauren!

From the early days of C3, Adam has been challenged to grow in understanding the vital importance of the Christ’s Body, the Church.  Through the preached word, the faithful love and witness of friends at C3, little-by-little the Lord has graciously convinced him that Christ’s Body is precious to Christ.  The Lord Jesus has saved us into his family and we now, together, walk arm-in-arm seeking to love and obey the Great Call of our Great God.  Adam is eager to walk with his brothers and sisters in obedience to our gracious Lord.

Our Partners
Giving Strategy
Our Beliefs
Our Staff
Contact Us